Antibiotics for prostatitis: a list of drugs for treatment

Antibiotic therapy is the mainstay of treatment for prostate inflammation. Antibiotics for prostatitis are divided into several groups. The choice of a drug depends on the nature of the inflammatory process and the characteristics of the course of the disease in the patient. Often, pathogenic microorganisms develop resistance to the active substance of the drug. In such cases, antibiotic therapy is selected taking into account the susceptibility of pathogenic agents to certain active substances, and drugs are prescribed only after bacterial analysis of prostate juice.

Why are antibiotics needed? 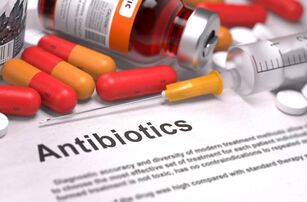 Symptomatic treatment without the use of antibacterial drugs is ineffective and gives only temporary results. Any anti-inflammatory, analgesic and antipyretic drugs for prostatitis are used only in addition to antibiotic treatment.

Thus, antibiotics for prostatitis in men can not only eliminate the inflammatory process, but also reduce symptoms. The improvement in well-being is due to the removal of the swelling of the inflamed organ. The inflamed organ always increases in size and puts pressure on the surrounding tissues, which causes pain.

Antibiotics treat both the symptoms and the cause of the disease.

The main advantage of antimicrobials is fast action and ease of use. Antibiotic treatment of prostatitis is carried out with pills, injections, or the use of suppositories.

For drugs to really work quickly, you must choose them strictly according to your doctor's instructions. To determine the type of pathogenic microorganisms, it is necessary to undergo a series of examinations, first of all - a bacterial study of the composition of the secretion of the prostate gland. Only the determination of the causative agent of the inflammatory process guarantees the choice of optimal drugs that will quickly relieve the exacerbation.

It is important to note that antibiotics for prostatitis are indicated for the treatment of only the infectious form of the disease, both acute and chronic. With non-infectious inflammation, the development of which is due to age-related changes or a violation of the trophism of the prostate, the use of antimicrobial drugs is inappropriate, as well as with adenoma.

In the treatment of prostate inflammation, preference is given to broad-spectrum drugs that are active against a large number of pathogens. This choice is explained by the fact that in some cases prostatitis is caused by the simultaneous action of several types of pathogen at once.

The following drugs are effective antibiotics for prostatitis: 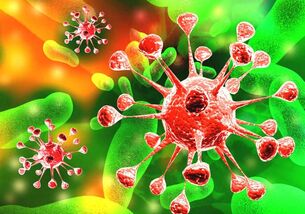 Each type of drug is effective only for certain groups of bacteria.

Each of the listed antibiotics for prostatitis is active against certain microorganisms. Medicines from different groups are interchangeable, in the case when the inflammation is provoked by opportunistic microorganisms, for example, E. coli.

The main difference between fluoroquinolones and broad-spectrum antibiotics is their synthetic composition. Fluoroquinolones, unlike antibiotics from the group of penicillins or tetracyclines, have no natural analogues. This is the main advantage of drugs in this group - since there are no natural substitutes for the active substance, it means that pathogenic agents cannot develop resistance, and the treatment of chronic prostatitis with an antibiotic fluoroquinolone will be more effective.

Drugs in this group are active against most bacteria, including sexually transmitted infections (chlamydia, Trichomonas). Today, fluoroquinolone is the best drug for the treatment of indolent bacterial prostatitis. Subject to the correct dosage and the correct choice of medication, fluoroquinolones show a rapid therapeutic effect and cause a minimum of adverse reactions compared to antibiotics. The drugs in this group are toxic, so it is important to adhere to the treatment regimen recommended by the doctor.

In chronic bacterial inflammation, drugs of this group are used for a long course, 3-4 weeks.

The list of drugs in the fluoroquinolone group is quite extensive, therefore, to choose the optimal drug, you need to consult a specialist. According to the doctor's prescription, the regimen and the duration of the course of treatment can be adjusted.

In most cases, doctors prescribe penicillin drugs for the first episode of prostatitis. Such an antibiotic for prostatitis is well tolerated by the body and has a pronounced therapeutic effect, suppressing the activity of a number of opportunistic bacteria that cause inflammation of the prostate.

Most people are resistant to this group of drugs. This is due to the fact that penicillins have been used to treat any bacterial inflammation for the past 50 years. To increase the therapeutic effect, the use of combined antibiotics for the treatment of prostatitis in men is practiced - these are drugs with penicillins and clavulanic acid.

The use of combined drugs allows you to quickly obtain a therapeutic effect. These drugs are well tolerated, have few side effects, and are affordable, which makes them popular. Among the forms of release are suppositories for prostatitis with antibiotics, tablets and capsules, solutions for intramuscular injections. Despite the fact that injections with antibiotics can quickly stop inflammation, men prefer the tablet form of drugs because of the ease of administration.

Doctors and patients speak well of these products, noting:

Thanks to the clavulone in its composition, the preparations penetrate well directly into the prostate tissue.

Drugs in this group are taken for three weeks. The maximum dosage is 1 g of active ingredient per day, which is equal to 1-2 tablets, depending on the form of release.

Often, these drugs cause disruption of the gastrointestinal tract, which is manifested by diarrhea, nausea, and stomach pain. To minimize the negative effect on mucous membranes, you should consult your doctor about the appointment of probiotics.

The use of tetracycline antibiotics for the treatment of prostatitis in men has declined in recent years. This is due to the large number of side effects and insufficient intake of the active substance in the tissues of the inflamed prostate.

The advantage of this group of drugs is their pronounced activity against chlamydia and ureaplasma. The disadvantage is a negative effect on the gastrointestinal tract, a large number of cases of individual intolerance and negative reactions of the body.

Due to the risk of complications, you should not take this group of medicines on your own. The treatment regimen and the duration of therapy are selected by the doctor on an individual basis.

When wondering what antibiotics can be taken for prostatitis, many tend to favor macrolides. Drugs in this group are quite common, they are especially often prescribed in cases of ineffectiveness of other drugs, which happens when pathogenic microorganisms develop resistance.

Unlike other antibiotics, macrolides have a small range of uses. These medicines are prescribed only for inflammation provoked by chlamydia, ureaplasma and gonococcal infection.

Despite the fact that the mechanism of action of these drugs on the inflamed prostate is not precisely understood, the main advantage of the drugs is low toxicity and minimal side effects. Together with a fairly affordable cost, this makes the drug a popular remedy for prostatitis in men.

The course of treatment depends on the severity of the inflammatory process and takes about three weeks on average. Preparations of the macrolide group are produced in the form of tablets, as well as solutions for injections, so the latter are not widespread among patients due to the inconvenience of use.

Antibiotics of the cephalosporin group are one of the most effective drugs for bacterial prostatitis. The drugs work quickly to relieve symptoms a few days after starting treatment. Due to the affordable cost, the course of drug treatment will be inexpensive and affordable for everyone. Medicines are well accepted by the body and practically do not have side effects, however, they have one significant drawback - they are produced only in injection solutions. At home, not everyone can give themselves an injection, therefore, treatment with cephalosporins is carried out mainly in a hospital.

The treatment regimen for prostatitis with these drugs is selected by a doctor. Usually, 1 injection of the drug is prescribed per day for 7-14 days.

The doctor decides which drug to choose after examining the patient. Medicines in this group are characterized by a wide spectrum of action, but are inactive against chlamydia. 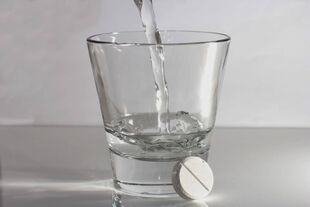 It is most convenient to treat prostatitis at home with pills or capsules. Popular groups of drugs in this form of release:

How to treat inflammation, as well as the duration of the course and the regimen - it depends on the dosage of the drug and the form of the disease. Antibiotic therapy takes 10-12 days for acute inflammation, and three weeks for chronic inflammation.

Antibiotic tablets are recommended to be taken immediately after meals. It is advisable to drink the capsule at the same time every day. If the drug is used several times a day, the time intervals between doses should be the same.

Another convenient form of home remedy is rectal antibiotic suppositories.

The duration of the course of treatment is 7-21 days, depending on the severity of symptoms. Often, in order to achieve the best therapeutic effect, doctors prescribe the simultaneous use of suppositories and the use of antibiotics in tablets, while drugs with different active substances are selected. This combination therapy allows you to stop the inflammatory process as soon as possible.

Candles are used once a day. They are inserted rectally at bedtime.

Most of the adverse reactions during antibiotic therapy are observed from the gastrointestinal tract. These include intestinal dysbiosis, diarrhea, stomach pain, nausea with vomiting.

If undesirable reactions of the body appear, it is allowed to replace the drug with a drug with another active substance in the composition. The prescription of fluoroquinolones to replace penicillin antibiotics with the development of side effects or intolerance of the latter is quite often practiced. Nevertheless, analogs should be selected by a doctor, depending on the characteristics of reactions to drugs.